This has been a year of change. A LOT of change. I swear I blinked and suddenly I’ve moved 3 times, and two of my kids grew up and ran off. Grey hair has appeared, as well as a few lines around my eyes that I don’t remember having. Hubs has retired from the Navy, and everything feels different.

I think we pick a spot in our lives, for some of us it may be in high school, college, or maybe somewhere in our twenties, that we see ourselves in. There’s a moment in time that we see every time we look in the mirror. From that moment on, that’s who we see in the mirror. It may be tied to a life changing event, a period in time when one might think they’ve found themselves, or maybe the moment we found ourselves and happiness.

For me I think it bounces between when I was in my early twenties and identified as a dancer (in between being a wife or a mom), but really, I see me as thirty-something. I really found myself in my thirties. It wasn’t the easiest decade I’ve ever survived, and it all happened after the defining moment in my life that made my before and after, but I found myself as a woman, more than just being a wife, mother, daughter, or friend.

Now that I’ve recently had a birthday and *grumble…mutter* am no longer in my thirt*mumbles*, two of my kids are grown and moved out. One of which is currently on the other side of the planet due to where he’s stationed on active duty. Hubs is retired so we’re exploring a different existence after being active duty. I feel like so much of my cheese has been moved. Family seems different, and it sort of is because hubs and I have both lost family members in the past few years. Friends seem different because we’re no longer inside of the military family. Kids are grown, but I feel like if I think hard enough I should be juggling riding lessons and boy scouts. 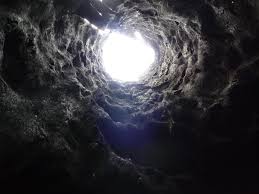 What about you? Have you had major changes in recent memory? Was it hard to adjust? Can you throw me down a rope?